In Defense of Accommodationism 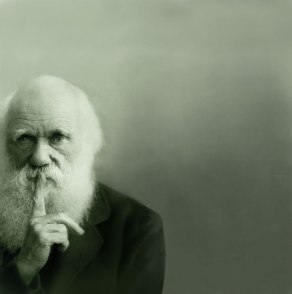 The term accomodationism is usually applied to the view that there is no necessary conflict between evolution and religion. Now the term is usually employed by those who are in opposition to this view, primarily secular authors who believe that evolution undermines religion, theism in particular, and that’s a good thing.

Usually accompanying the latter view is the belief that anyone who actually believes in evolution *must* know that theism and evolution, in particular, are always incompatible. So when there is any disagreement on this point, it must be a form of insincerity. Jerry A Coyne writes of the accomodationist’s goal as “convincing people that evolution is not contrary to their religion. In other words, the NCSE/Chris Mooney/BioLogos/Clergy Letter Project strategy”.

Here the term “strategy” seems to carry along the connotation that an accomodationist is merely interested in convincing people, it’s a strategy, not connected to the truth of the proposition. Perhaps a sop to credulous Americans, more than a sincerely held belief of the accomodationist herself. A strategy, not a truth claim, a way to allow evolution in the schools, but one not held because it’s actually believed.

As one of the pastors who signed the clergy letter in support of evolution, I can say that I signed it not only because I hope people accept evolution in our school’s science classrooms but I also because I believe that religion and evolution and yes even theism and evolution can be made compatible. Not just compatible, but necessary. That has informed my own understanding as it relates to how I think and speak of religious faith, in the pulpit and now in the campus ministry I work for.

To quote William Ernest Hocking from his work Human Nature and Its Remaking “we wish to bring our religion at least into the same universe with our science and have them speak with the same voice when they verge..upon the same great questions of human destiny. Further, we..believe that..when they bear upon the same fundamental issues of practice we wish to see a fair understanding between them”.

In that I agree with Michael Dowd, who has argued that living in right relationship with reality will be the important task of human living for all of our religious and secular traditions. Getting this right or getting this wrong has real world consequences in the challenges we face from climate change to poverty to our relationships with one another. If Christian faith is concerned about our reconciliation with each other and our world and God, that is, if it is to be good news, then it has to be in relation to what we know, and that includes knowledge from the relevant scientific fields.

To do so, requires engaging the challenges evolution presents to us in how we think of God’s work in the world, especially as it relates to creation. In this, the anti accomodationists have focused on the mechanism of evolution, that of natural selection. How does natural selection challenge religious faith? I’ll explore some claims, some that are not actual challenges and others that are a challenge that require us to rethink how we talk about God.

First it is argued that it removes the need for a God to explain the origins of life. Let me suggest that I don’t see this as a challenge, because I don’t see how God can be used to explain anything at all. There is nothing in the world of knowledge that can’t be already explained be without reference to religious language. We’re putting God into opposition to natural explanations. Why not see them as complimentary?

For example, if I wanted to know the truth of my grandmother’s couch I could talk about it’s molecular composition. For the purposes of some scientific inquiries, this could be useful. But I could speak of it’s function, that to provide a place for folks to sit. That’s useful too! I could talk about the flood of meanings that happen when I remember all the times as a kid that I would sit on the couch.These are all descriptive routes to the same reality. They don’t use the same language because their goals are different but one could not say which route is truer, we could only ask which description allows us to relate appropriately to the couch given our ends. So when I say, isn’t God’s creation great? I am not offering a competing theory to evolution. I’m wanting to express appreciation and regard for our world. That’s my end in view.

The second claim is that natural selection indicates the process that led to us humans was contingent, that is, we are not the end goal of the evolutionary process. To be honest, I would think that this would allow humans to remove ourselves from a pedestal that my own reformed protestant tradition has argued has been a central problem in human life. But there are arguments about the implications of this.

Dan Fincke argues that human life is not special per se as a result of our contigency. “human existence is only a contingent result of the laws of nature..and not specially designed or loved beings with special purposes from God.  In other words, to accept natural selection is to accept that beings with functional complexities that serve purposes are not actually made on purpose or for a divine purpose. To deny this and to posit instead that God does in fact create us on purpose and/or with a special purpose, as nearly all biblically influenced religious people seem to want to do, is to deny the existence of natural selection.”

I’m not sure why contingency has anything to do with value. And by the way, specialness is a value term. I find delight in many things and treasure them even when I did not plan or have them in mind prior to experiencing them. In fact, sometimes more so precisely because I did not plan it. It was better then my plans. And if the event is contingent, that if the tape of time could be unwound and played out again, that we would not see the same result (which is a live debate in evolution), doesn’t that make human life all the more remarkable? Wouldn’t the need for some sort of appreciation to such a fact engender religious feeling?

Let me also suggest that human life and life in general are full of value. Each person is a unique source of personal experience and as uniquely related to the everything else, is able to contribute something to the universe’s story. That sounds poetic, but to borrow from process thought it does suggest that every event as much as it contributes to further events and to the degree they are objectified provides a permanent contribution to any kind of universe we would have and that could follow.

If that contribution is intensified by the fact that persons are able to build different kinds of value because of the kind of creatures they are (social, able to relate to others, sharing experiences, etc) then all life is an important and a unique contribution to the value we find in our universe; especially given how rare it is. If God is the term we use for that which grounds value, then every person has to be valuable to God. Each person being of unique value but also valuable as an expression of life. Whether one buys that metaphysic or not I hope it’s clear that contingency should not be the basis by which the value of life is somehow put into question.

But I want to address an area, all the anti accomodationists build on which can prove troubling to any idea of a good God. That is the long evolutionary history of life, marked by mass extinctions, suffering, death. Unlike Genesis, death did not come into the world, it is the precondition of life itself. For instance, it’s likely that mammals would not have evolved in the way they did without the extinction of the dinosaurs, a cataclysmic event for most forms of life on earth. Whitehead argues that all life is theft and our evolutionary story provides a basis for this.

What does it suggest? Certainly an inherent tragedy that is at the heart of life. Not just in our own finitude, but in our own fragilities that make us so vulnerable as individuals and as a species. As opposed to non life (like rocks), the ability for life to endure is very much in question. Especially for life that is more developed because  that means greater exposure to the contingencies of one’s environment. And while we may seek to do an end run around this, that very effort could undo the chances of so many other species (which given our history, seems to be the trajectory). It will take some significant changes in us and how we organize society for that to change.

But let me suggest that if we are to talk about God as creator as well as the source of good and value, then we must be in a position to speak about the contingency and finitude of God. Contingent given how events provide the raw material for future possibilities. Finite because that is the material God has to work with.

That may provide us a way to speak of sin and salvation, in terms of what possibilities are genuinely opened up or closed by what we do and what happens as a result. It would suggest a God who struggles to work with what is for the better, limited by our histories. Think of the Trans Atlantic Slave Trade and how that continues to impact us today, still closing doors. But think of the civil rights moment and how that has opened possibilities. Imagine if we were to cooperate in an endeavor with God so that the future could open real possibilities up for God, us, and for life itself.

I can hear critics yell, we already proved we don’t need God to explain possibility, the future, our aims in life. what-less creation. I refer to back to my previous discussion. In no way am I disagreeing with “natural explanations.” Religious language rather is a different descriptive route to the same world, one which calls attention to attitudes and responses to that world. In this case, one which seeks to ground our responsibility to ourselves, one another and to our planet. To do so requires acceptance of the evolutionary story, to understand reality, such that we know who we are in those relations. Religious language can hopefully help us respond in ways that opens us up to the future, more respectful of each other and ourselves.