Geography, Politics, and Feelings about Mormons

68% of people in Western U.S. know a Mormon, compared with 44% of Americans overall: http://t.co/deVIhpfbm5 pic.twitter.com/oeGyP1lrav

From the Pew Research Center report:

Atheists, Jews and Mormons each make up roughly 2% of the U.S. population, but a majority of Americans say they know someone who is Jewish (61%) or atheist (59%), while significantly fewer know a Mormon (44%).

One possible explanation may be that the geographic distribution of a group matters as much as its size. A higher percentage of the population in the West – where Mormons and Buddhists are heavily concentrated – know a Mormon (68%) or a Buddhist (36%). Fully 70% of people in the Northeast know someone who is Jewish; not coincidentally, 43% of U.S. Jews live in the Northeast.

I think this can be best understood when considered along with this map: 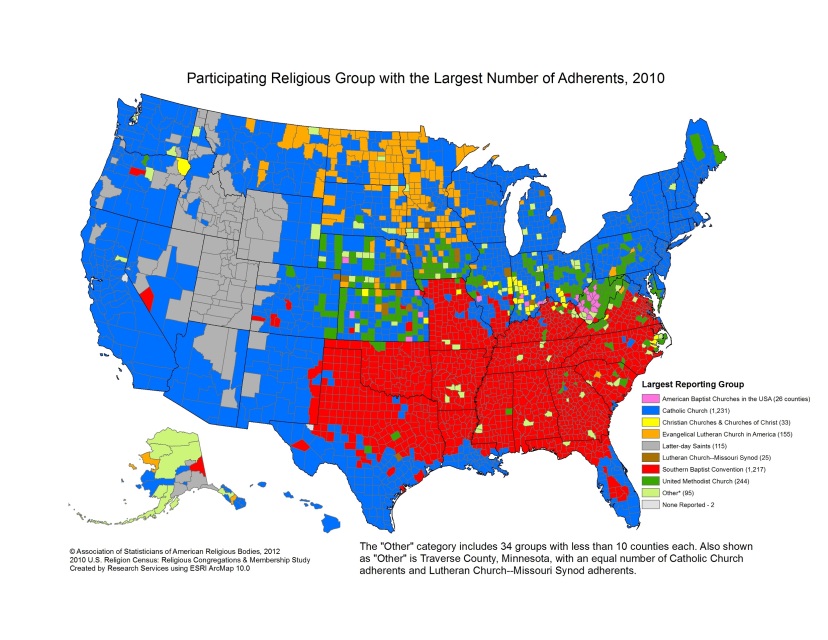 This map gives us one of the most accurate representation of what I would call the Mormon Belt.

While Mormons are sprinkled all over the United States, and the world, they are most heavily concentrated in the American West. I think the Pew findings also reflect the higher profile of the LDS Church and Mormons in the American West. Growing up on the East Coast of the United States, I found that the terms “Mormon” or “LDS” were not as familiar to people as they are in the West. This may have changed somewhat after Mitt Romney’s 2012 campaign. 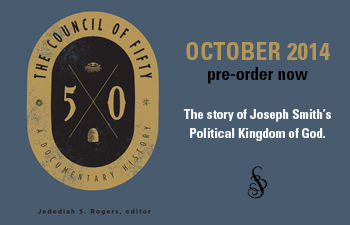 The Pew Research Center also conducted a “feeling thermometer.” They asked respondents to rate specific religious groups on a 0 to 100 scale with a higher number indicating a “warmer, more positive feeling toward that group.”

This is how Pew reported their findings from that question:

Overall, Americans express the warmest feelings toward Jews (average rating of 63), Catholics (62) and evangelical Christians (61). They are coolest toward atheists (41) and Muslims (40). Buddhists (53), Hindus (50) and Mormons (48) are in the middle.

In the many conversations I have had over the years about Mormons and politics, I think that many people make rather drastic assumptions about how other groups view Mormons. For the most part, I do not think that most people think all that much about Mormons, one way or another. This is easy for me to forget because I am not only a Mormon, but I spend considerable time writing about Mormons and Mormonism.

I am left wondering a number of questions after reviewing these questions. How has the “I am a Mormon” ad campaign impacted overall attitudes and familiarity about Mormons? How about Prop. 8 in California? Mitt Romney’s presidential run? Or do these more public moments only serve to reinforce previously held views or ambivalence?

Feel free to take a shot at these questions in the comments below.