BOOK REVIEW: The Thieves of Summer 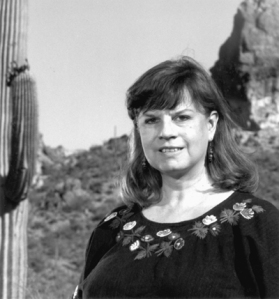 On April 7, 2010, Linda Sillitoe, one of the great voices of Utah and Mormonism, passed on to the next world. Sillitoe was a poet, an author, a journalist, and a renowned historian. Over the years she worked for or published in the “Deseret News,” the “Utah Holiday Magazine”, the “New York Times”, The “Philadelphia Inquirer”, “Dialogue: A Journal of Mormon Thought”, “Utah Business”, “Sunstone”, “City Weekly” and the “Salt Lake City Observer”. She also wrote a well-known book on the Mark Hoffman case and was the recipient of many awards. Luckily for all of us, before she passed away, Sillitoe finished the manuscript for a short story that has now been published by Signature Books as “The Thieves of Summer”.

I’m going to come right out and say it; I don’t usually like Mormon novels. The reason why I have not liked most of the Mormon fiction that I have read was described in detail in a talk that was given many years ago at BYU by Mormon author Orson Scott Card. The talk, later published in a book of essays, was titled “The Problem of Evil in Fiction.” In essence the talk discussed how as a culture Mormons often struggle to tell the difference between evil being depicted in fiction and evil being advocated or endorsed in fiction. A great example of this struggle occurred in 2002. Deseret Book, the main publisher and seller of LDS books, refused to stock a book by famed Mormon author Richard Paul Evans titled “The Last Promise”. One LDS supporter of Deseret Book’s decision wrote a letter to the editor that said:

“White is white; black is black. But gray has so many shades! How many drops of black can be added to the white paint before we say, ‘That’s enough! This is too gray!’ Hurrah for Deseret Book — not one drop of black.”

It seems to me that most Mormon authors, fearing this kind of reaction and banishment, write books where the “good” characters are unrealistically good and perfect and the “evil” are flat and unnuanced. There is no bad in the good, no good in the bad and never shall the twain meet. To me this creates characters and situations in mainstream Mormon fiction that are unrealistic and that I can in no way connect with, relate to, bond with, cheer for, however you want to put it. In “Thieves of Summer” Linda Sillitoe ignores all the Mormon fiction stereotypes, smashes down the walls of the genre, and lays waste to the Mormon fiction tropes that caused me to set down almost every previous Mormon work of fiction that I ever picked up. And in doing so she has created a wonderful, tightly woven book that I believe will delight and challenge any reader daring enough to pick it up.

I will here provide a brief description of the plot to whet the appetite. The book is based *very* loosely on real events/people from Salt Lake’s past. For a time an elephant known as “Princess Alice” lived in Salt Lake’s Liberty Park in the area now occupied by the Tracy Aviary. “Princess Alice” is one of the major characters of the book. During her childhood, Sillitoe’s father was a police detective. During this time he helped to solve the murder of a young woman and was involved in the search for a young boy who disappeared. Sillitoe weaves the elephant, the murder, and the disappearance, along with the struggles of a working class Mormon family living during the depression into a story that keeps readers turning the pages until they finish. The main characters of “Thieves” are the Flynn family, consisting of eleven year old triplets Bethany, Annabel, and Carolee, their 15 year old sister Joyce, oldest child Glenn, his girlfriend Margie, mother Rose, and patriarch and police detective Evan. The novel takes place over the course of a summer that brings great changes to all of their lives.

ZCMI, Joyce Flynn’s workplace in the novel, as it looked in 1910, about the time the real Alice came to Salt Lake City

The book is called “Thieves of Summer” for a very important reason. While it does have an “evil” character, a “bad guy”, and while that character does steal something of the utmost importance, his is not the only thievery in the book. This is where that all-importance difference between this book and the “average” Mormon novel that I discussed earlier comes so strongly into play. In most Mormon fiction the Flynn family would be almost untouchable. Oh sure, they would have their challenges and they might have some superficial struggles, but most if not all of their problems would be solved by the end of the story and they would be off on their way to pose for the cover of the “Ensign” magazine at the book’s conclusion. Over the course of their summer the various members of the Flynn family are involved in or witness the thievery of clothes from a fashion store, virginity on a quiet summer’s night, the theft of a child, and even a ride on an elephant. As readers follow the Flynn’s through their hectic summer they will “meet the Mormons” that they live by and not just the ones that they read about in magazines or see on movie and television screens.

Downtown Salt Lake, looking towards ZCMI, as it appeared in the 1930’s

One of the things that I really loved about “Thieves” is that while it is set in a summer of 1930’s Salt Lake City, and while it was completed before its author passed away 2010, the story reads as completely contemporary and relevant to discussions that are happening in Mormonism today. Over the last year or so in Mormonism there have been major discussions about the roles of Mormon women. A small but vocal number of Mormon women have complained during that time that in Mormon culture and teachings women are often made responsible for the morality, chastity, and behavior of men. This debate plays out in the story of Glenn and Margie when their young love affair leads to an unplanned pregnancy. Evan informs them that they will have to repent and reminds them that this process starts with a visit to their Mormon Bishop. The visit in the Bishop’s office is described in a way that fits right in to the very current Mormon modesty and chastity discussion:

“It had been amusing that Darlene [Margie’s inactive mother] had acted as meek as a bunny even when the bishop intimated that this was all her daughter’s fault for not having set limits. Margie had not been impressed by that. For a minute Glenn thought she might tell the bishop that Glenn had planned it out and had even brought his bedroll when he came to see her, or that she might storm out of the bishop’s office and refuse to cooperate.” (p. 124)

Such a description and reactions, as realistic as they are, would likely never be found in any other Mormon novel because the author would be too worried about upsetting or offending Mormon societal norms. But as the old saying goes, in this book Sillitoe breaks ground by going where others fear to tread.

“Thieves of Summer” is the perfect capstone to Linda Sillitoe’s career. When interested readers purchase this book they not only get a fantastic story to read, they support a wonderful family, they support an independent Mormon publisher that is willing to break new ground, and, since this book is unlikely to be found on the shelves of any “mainstream” Mormon bookstores, the purchaser supports their local independent booksellers who add such an important part of the local economy. So please purchase a copy of this book and step into the world of the Flynn’s, Salt Lake City in the 1930’s, and into the world of the “magical” elephant known as “Princess Alice.”