I have only discovered Joy Division over that last 5 years. I had heard of them before that. I knew some New Order songs. But only recently have I discover the dark joy of Joy Division.

In the last few months, I have read a bit about their story and Ian Curtis. His talent and pain permeates much of Joy Division’s music. I wish we could have known him more.

It’s 35 years since #IanCurtis, and with him @JoyDivision, died. But the band lives on http://t.co/TPYF1Lg0nLpic.twitter.com/YZwv56mqim

…Curtis’s senseless death transformed him from what his bandmate Stephen Morris described as “an ordinary bloke” into a rock’n’roll martyr, a suffering St Sebastian for introspective indie fans. Remove any one of those factors and you surely would not have what Joy Division are today.

Which is a band whose reputation is the gold standard of pop music as a heritage business. Their dissolution was absolute in the way Nirvana’s later would be, and for the same reason, creating an afterlife that was, from the start, unimpeachable: they could never disappoint you. New Order—the once-brilliant band the other members formed after Curtis’s death—have continued, in the way bands do, with line-up changes and diminishing returns on recordings and reunion tours. But with Joy Division, those 43 songs and 120 shows are all there ever will be. Scarcity, as well as remarkable quality, accords them value.

Some images and videos: 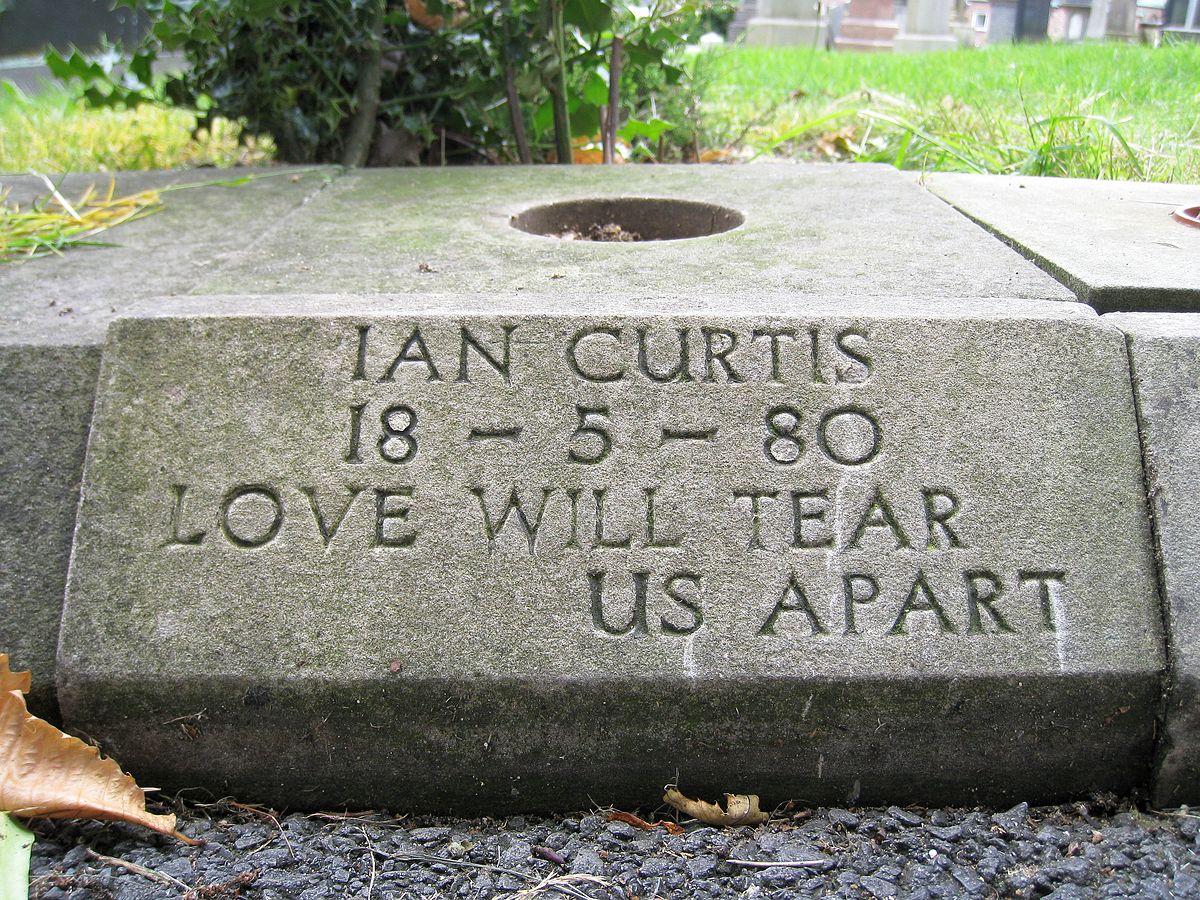