One of my favorite scriptural phrases comes from Philippians 2:12, where Paul counsels the saints to “work out your own salvation with fear and trembling.” For me, Paul’s counsel provides one of the most fundamental reasons not to judge others: we have our own problems to worry about.

In my previous post, I referenced a personal attack one scientist (an atheist) made on another scientist for his belief in God, but in this post the logical framework of my rationale for the existence of God takes a back seat. Like any other believer, I have no reason to defend my belief in God. Belief is personal, individual, and every believer understands that. However, for many of those same believers, how I believe in God suddenly opens me up to their criticism. Despite the personal nature of such a sacred, intimate belief, the way I believe in God, or the God I believe in, his attributes, usually receives the strictest scrutiny, the harshest criticism. But if we all took the time to carefully listen to others’ beliefs about God, regardless of the doctrinal, theological, or general religious beliefs we may share, we will begin to see one side of the multiple sides of belief people have come to in their lives. No two experiences are the same, so no two Gods are identical.

Many years ago I served a full time mission for The Church of Jesus Christ of Latter-Day Saints. I had the privilege of meeting many wonderful people, all trying to find their way to God. A common sentiment emerged among these staunch believers: all religions are true. One man said, “We are all trying to get to the top of the mountain, but we all have a different path to get there.” The average Mormon has a difficult time accepting such a general claim, for “behold there are save two churches only; the one is the church of the Lamb of God, and the other is the church of the devil” (Book of Mormon, 1 Nephi 14:10). Because I fully understood the implications of that scripture and felt so well-versed in the scriptures in general, and I was an average Mormon, I could not accept the idea that all religions were true, simply providing different paths to salvation. Wasn’t I, after all, serving a two-year mission, tasked specifically with teaching the true gospel found within the one true church of Jesus Christ? If it really didn’t matter which church I attended or how I believed, then I was wasting my time trying to convince people otherwise, right? While the evolution of my belief in God, in His Son, and in the gospel has brought me to a position vastly removed from the position I held in those mission days almost 20 years ago, I have never regretted serving my mission, and I doubt I ever will. 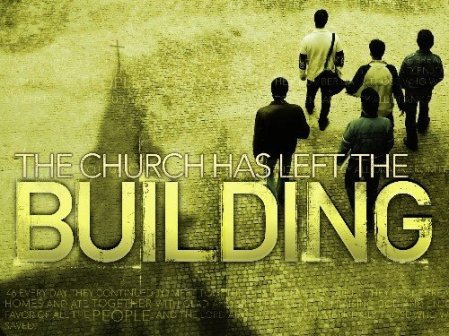 Many Mormons, especially early to late middle-aged Mormons, are familiar with an early Mormon production of Joseph Smith’s First Vision, wherein the young teen-aged Smith frantically searched for the “true church.” One particular religionist advised, “All churches are true, as long as they preach Christ.” This sentiment parallels the mountain path analogy I heard on my mission, and now, all these years later, I agree with both to some degree, but I prefer to look at it solely as a matter of belief. For example, even within Mormonism, my own faith, people hold different beliefs, interpret scriptures differently, etc. Regardless of who we are, regardless of our religious affiliation, regardless of what our religion or parents have taught us, even if we have spent our entire lives in the same religion our friends have spent their entire lives, our faiths do not look the same. People are fond of the phrase, “Don’t judge me because I sin differently than you do” (Dieter F. Uchtdorf, “The Merciful Obtain Mercy“). Naturally, as all are fallen, all are sinners, so we have no place to judge others. Of course, many Mormons cannot help falling back on the idea of “judging a righteous judgement,” but how can someone not perfectly righteous make any correct judgement of another? It is impossible. And please, don’t try to take the road-to-revelation argument with me. It is far too problematic (considering the inconsistency of such claims, which I have no time or space to deal with in this post), and it will get you nowhere.

I have obviously ended up in an unlikely place than I ever expected when I began that diligent journey of faith on my mission in the late ‘90s. But what I really want to say is that it is not enough to resist the urge to persecute believers or non-believers, depending on your place on the belief spectrum. Why should an atheist care whether a fellow scientist professes a belief in God? And, honestly, despite the belief we may wish to spread—preaching the gospel—why should a believer in God take time to condemn an atheist? An atheist has every right to her belief as any believer. Who are we to say that she does not have the same knowledge and understanding we do. The atheist has simply come to a different conclusion based on her own personal journey or struggle to find the truth.

It is commonplace for believers and non-believers to persecute one another, even bicker over facts, figures, evidence, and countless anecdotes. Unfortunately, it is also entirely commonplace to see men and women of faith, be they similarly Christian or of any other religion, persecuting other believers, even members of the exact same religion, because of belief or the way they have chosen to live their religion, almost always based on that individual’s personal journey, struggle to find the truth, to work out her own salvation with fear and trembling. This is not a Mormon problem (and it is not just a Christian problem, but again, too many variables to address here), as one Catholic recent addressed: “Give other Catholics permission to be different from you. You’re not the only Christ-follower in the world.” While the title is a little misleading about the content of the post itself, the title is all that really matters.

I am a Mormon. I have known no other religion from the inside for my entire life. I served a volunteer two-year mission. I have studied and prayed and pondered. I know things about LDS Church history that would frighten and confuse most Mormons if they would take the time to honestly listen and consider the ramifications of such things. If you are Mormon like me, it does not mean that we are the same. We are still unique individuals with unique beliefs, unique understandings of the gospel. If you are Mormon like me, do not ever make the mistake of assuming that our faiths are the same. Even so, we represent one, a “one” that all Christians represent: The Body of Christ.

“Why do the Members of Christ tear one another; why do we rise up against our own body in such madness; have we forgotten that we are all members, one of another?”–Pope St. Clement of Rome