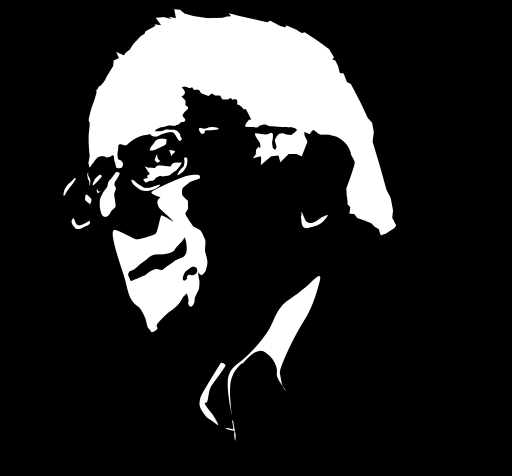 Bernie Sanders didn’t lose. In the Democratic Party primary process, though there were moments of electoral stress, and even some funny business, nobody has ultimately lost.

The New York Times published an opinion piece early today under the headline Hillary Clinton Made History, but Bernie Sanders Stubbornly Ignored It, analyzing his conclusion speech, which hadn’t changed much compared to past speeches. In the piece Michael Barbaro and Yamiche Alcindor called a 55.8% victory a “crushing”, which leads me to suppose that at least two articles were filed before the results in California were really known, one for his “victory” and a second for his “loss.”

This sort of zero-sum reporting has characterized this and every primary and caucus event throughout the year. This is odd to me because every Democratic process allots delegates proportionally. The Democratic nomination process is a positive-sum game which is designed to balance influence only slightly in favor of establishment trajectories. A Sanders “win” of 55% in any place invalidated perceptions about Clinton’s 45% allocation, just as the California “loss” invalidates the 195 delegates he did win by campaigning in California. It’s decent campaign rhetoric but very bad reporting to leave that nuance out. And they’ve all done it since New Hampshire.

In that sense we don’t need a conspiracy theory to conclude that the reporting has been biased and awful. It has, because every major news outlet was led by people who oversimplified the headlines when reporting a complex process. They served themselves and the allegiance they have to news values: Simplistic reporting draws more and longer attention to the news. Even if the commercial value of that attention is laid aside, that is the reason you see “Hillary won” in places where the headline should have read, “Hillary is still winning.”

The facts are relatively clear at this point. Bernie Sanders does not have the pledge of enough delegates to contest the results of the first convention ballot. Even if superdelegates break his way in proportion to the votes he’s gotten, there aren’t enough. Persuading all of them to change their pledge would distort the process at least as badly as the registration problems alleged for New York. There is only D.C. left to contest, and he’s not an idiot. He knows the count. So his non-concession concession speech means something else.

Bernie is no longer running to be nominated. Instead, he’s running to maximize convention influence. The more delegates he wins, the better the chances of that influence. If the game he’s playing isn’t zero-sum, which in theory at least, it isn’t, then he’s still playing smart.

Compare the three speeches. Trump delivered a prepared victory speech from teleprompters. Wise for him, considering his gaffes, it still contained the enmity which has characterized his campaign,  He described his victory and plans in simplistic personal terms: “This is a great feeling… I will make you proud of… our movement,” “I understand,” “I’m beating Hillary Clinton,” “I’ve fought… I’m going to be your champion,” “I beat a rigged system… they rigged it.” He spoke of the suffering of laborers left behind, a cause with real potency. And then the man who gave wind to the sails of the fradulent Birther movement promised to slander and libel Clinton in certain terms, hinting at the narratives. Stay tuned for Monday, and “Remember.”

Clinton spoke of history’s victory, and the legacy of first wave feminism.  But her first person language was turned on her viewers: “I want to thank,” “I learned,” “I will always have your back,” “I hope,” “I wish,” “I think,” pining a little for her mother, complementing Sanders on his clean campaign, and sympathizing by connecting to her 2008 loss. Naming Trump’s misbehavior with examples of what he actually said and did. Contrast this with Trump’s built and generalized narratives, and decide which is more persuasive.

Sanders was not ready to concede defeat. He is correct: The contests are not over yet. As a candidate he still gets to campaign. “The struggle continues” is the largest indicator that he’s about to contextualize his candidacy as a win. His first person language was oriented similarly to Clinton’s, but limited to thanking and believing in his supporters. There is nothing of first person power in his rhetoric; he uses “we,” instead:

It is all of us together. It is what this movement is about. Is millions of people from coast to coast standing up and looking around them and knowing that we can do much, much better as a nation. That whether Wall Street likes it, whether corporate America likes it, whether wealthy campaign contributors like it, whether the corporate media likes it, we, together, together we know what our job is. And that is to bring the American people together to create a government that works for us, not the 1 percent.

It’s been in all of his speeches. His candidacy is about social and other justice. If he builds a stable movement for that, he wins the positive sum game his opponents and the mainstream press keep denying is a positive sum game. It’s telling to me that Clinton’s and Trump’s speeches were transcribed and easy to find on mainstream and mainstream-esque sites like Vox or the cable news companies. Bernie’s, after a 30 minute search, I found at Bustle.com, but nowhere else. The bias of zero-sum games and maintenance of attention is what obscures Bernie’s movement.

That aside, though, with ten million votes, much of it from a rising generation, and a near guarantee of influence at the Democratic convention, even if he isn’t named to the cabinet or nominated to run for Vice President, he has won. His supporters can rest with confidence that the work they did to nominate him won’t be lost soon. Whether they support Clinton or Trump in November, or choose to vote for a third party candidate such as Gary Johnson or Jill Stein, it will be a choice they can freely make.