Reading Wiesel’s Night with My Mother

NOTE: I originally posted this on May 12, 2013 for Mother’s Day. Today brought my thoughts to this post for two reasons. First, it is my mother’s birthday. Second, Elie Wiesel died today. I re-post this today, with minor revisions, in honor of both of them.

My mother Carla Henrichsen is Dutch. She was born in The Hague. She met and married my father in Munich when she was 22. He was stationed there with he U.S. Army. She was working at the military hospital.

My mother would go on to become a successful business woman, starting an in-home daycare before I was born. She was the best at what she did.

In thinking about experiences with my mother from my years growing up, there are many memories that come to mind. But two particularly stand out.

They both deal with books.

I was a horrible student. I was an academic disaster through my freshman year of college.

I vividly recall my mother reading with me books that I had been assigned in school. I think she did this to make sure that I actually read them. For whatever the reason, two of these books stand out above the others from my K-12 experience. Sure, that might be because I actually read them.

The first book was Boris by Jaap ter Haar. This book was about a boy named Boris living in Leningrad during the German siege of that city during World War II. 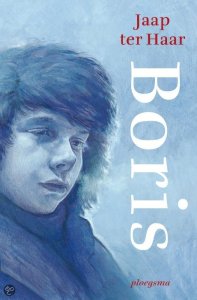 I remember learning about how Leningrad had been St. Petersburg prior to Soviet times. I remember reading about Boris and his close friend Nadia as they scoured through the war zone fields hoping to find potatoes…so they might eat food.

I remember discussing with my mother the death of young Nadia from sickness and starvation.

I read Boris in either fifth or sixth grade, because I remember discussing the book with my mother in the kitchen of our house in Wheaton, Maryland.

Night is the first hand account of the Holocaust by Holocaust survivor and human rights champion Elie Wiesel. Night is a very well know book and it is regularly assigned in high school English classes.

Wiesel lived through the Holocaust as a teenager. That perspective seemed to have a particular impact on my tenth-grader-mind. It is something that I am reminded of as I now try to parent my own teenage children.

My mother and I did not read Night aloud, but we read it at the same time and had conversations about it on a daily basis. 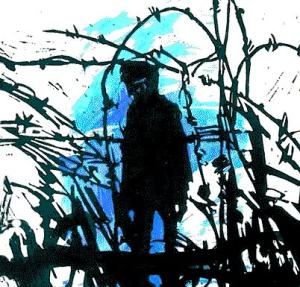 My parents had shared with me about the Holocaust before. We had talked about it many times. We had visited Anne Frank’s attic while on vacation in Amsterdam.

Night brought the Holocaust to my moral sensibilities.

I was particularly struck by Wiesel’s description of his strained relationship with his father, the lone relative he was imprisoned with at the camp. The alienation between him and his father seemed to symbolize to me the dehumanizing cruelty which marked such horrors.

His father died shortly before they were reached by the Allies. I wept when I read Elie’s account of the death. It was the first time I had ever wept about something which I had read. Part of the reason I wept was apparent sense of relief that young Elie felt at the time. He did not weep. I think the account scared me as much as it made me sad.

Like Boris, Night awakened in me a realization of human cruelty. But both books also gave me a desire for hope.

Had my mother not read Night along with me, I might not have made this connection.

In more recent years, I have been heavily influenced by Robert Nozick’s reflections of the Holocaust. I share some of those thoughts here.