Some Rules for Civility 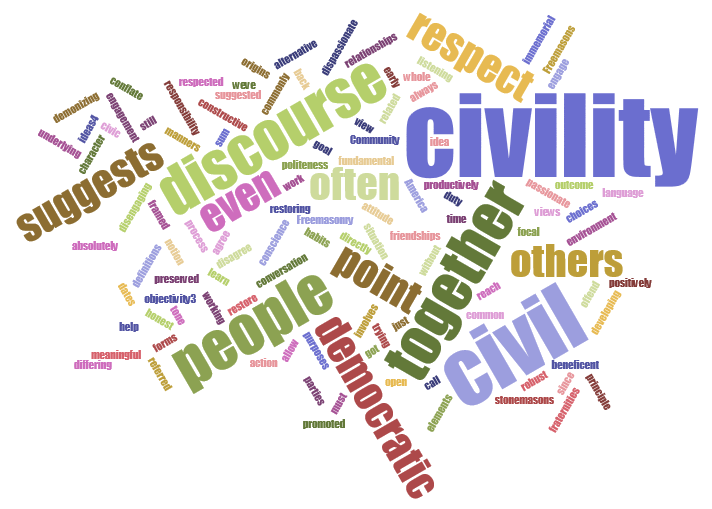 A lot hinges on the word civility and its meaning.

What civility is not

Some think it means the avoidance of conflict and the accompanying act of not raising uncomfortable topics. As Morgan Guyton writes

Civility means not creating a disturbance ..It means keeping your conversation safe and vanilla with people you don’t know well. It’ means being compliant and agreeable when authority figures demand something of you.

Others write that civility means that direct action and disruptive protests are not allowed as this piece on the civil rights movement indicates:

Protesters against workplace discrimination in Philadelphia and New York deployed increasingly disruptive tactics, including blockading construction sites, chaining themselves to cranes…Police forces around the US began girding for what they feared was an impending race war.

There is nothing civil about more than 2,000 children being held hostage by the Trump administration. There is nothing civil about the massive numbers of undercounted deaths in Puerto Rico from Hurricane Maria for which Trump has yet to be held accountable.  In the face of such relentless daily assaults, Schumer and his ilk want us to remain civil?

If this is civility, we should ditch it.

But I think we’re missing  a lot of important ways in which civility can be a social glue that makes democracy possible and at least avoid harm. In this piece I’d like to explore some norms we might abide by in relating to others.

Politicians willingly step into the public arena and can exercise great power over our and other people’s lives. Here I am hesitant to establish many rules in challenging them and their power. Democratic say requires such challenges.

But a few rules could still help.

Don’t engage family members and subordinates who are not involved in policy. I remember how Chelsea Clinton was made fun of as a girl. Same as Barron Trump. It was unconscionable. And the college student intern working for a member of congress should be treated as well as the air line staff or store clerk. They work there, they shouldn’t be the object of abuse.

Stick to issues over the person.  If you believe you are right then having the right facts marshaled matters. If not to the person you are engaging then to onlookers and a wider audience listening into such conversations whether it’s letters to the editor or a Facebook post.

Attack the person’s character if the issues are directly impacted by that character. Trump’s weight has no bearing on policy, nor  hair. But his racial animus matters in policies from immigration to the travel ban. A deficient character can produce deficient policies. If he is a habitual liar, nations cannot trust us in foreign affairs and our agreements mean little. Here, his personal character spills over into real world effects.

No to violence, including threats of violence. It’s not a joke in a polarized age, if ever.

Folks who are not politicians, will have more rules apply.

Notice this rule is not the same with politicians or decision makers who have a say over a policy. But I would stick to public events not someone’s private life. Assume a private life belongs to all people.  Seeing how the abortion wars meant giving out home addresses of abortion doctors was an invitation to violence, just don’t do it.

Stick to issues over people and party. Issues break down so many barriers because so many Americans want good schools, health care access roads that work, and a government that works too.

If folks are cornered to defend the GOP or the Democrats tribalism asserts themselves and the reflex mode of digging in starts. Political identification has become personal identity and it’s hard to dislodge that. But pointing to what we all want in our world can act as a bridge.

Ideology can be a help in discussions. That is counter intuitive, but a consistent ideology means we are governed by something than raw political advantage. It means our positions can be anticipated. And it is possible to meet in the middle. We can even ask if a policy is consistent with a certain ideology.

When Obama proposed small business tax cuts and it was rejected by the GOP, there was a breakdown in trust because denying Obama a victory mattered more than the issue itself. Tribalism cannot be negotiated or debated or met half way. It is only a raw exertion of power.

Stick to facts. If we don’t have an agreed upon facts about our world than we can’t develop appropriate policies for addressing them. Again, all we have is raw exertion of power. If we both believe poverty is a problem than conservative and liberal solutions can be developed. But if poverty is not a problem, we’ll never get to a discussion of issues nor is compromise a possibility.

Don’t post things you are not sure is the case. Some good fact check organizations includes snopes, politifact and factcheck. Also there is a way to insure good information is passed along. Use sources closest to neutral and use skewed sources for analysis behind the news. 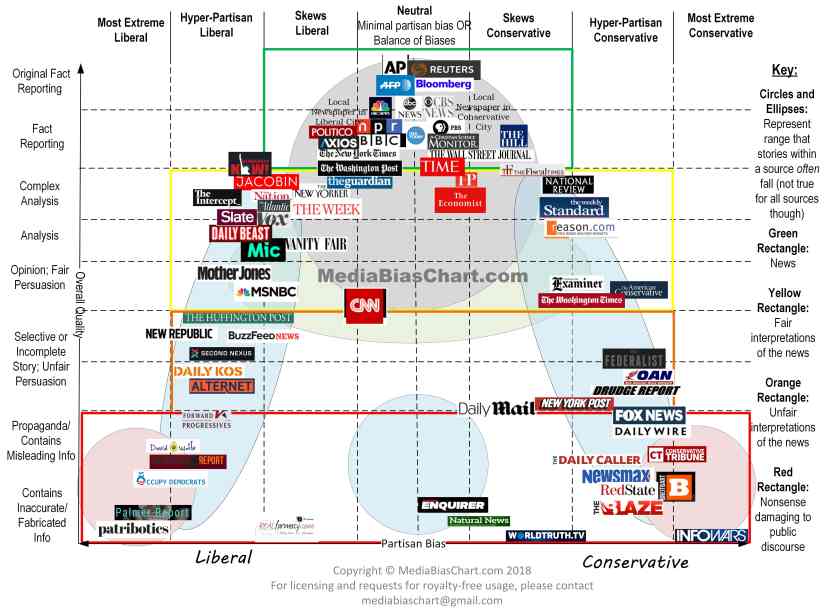 Listen to what the person says is their actual position. Ask if needed. Don’t make generalizations. The fact that I’m a Democrat does not mean every position I hold aligns or that I agree with everything any Democrat may have said or done. Assume that of your Republican friends as well. Folks want to be heard not ignored when engaged.

Personal stories can shut down conversation if they are used that way because nobody can dispute a personal experience (though an interpretation drawn from that experience could be corrected if done with some care). But they can also move the discussion from a debate to a sharing of each other’s lives. So I wouldn’t resist every attempt to move towards the personal. But treat such sharing as a gift. You may not draw the same interpretation but don’t knock the story itself.

No to name calling. No to violence, no to jokes about violence, whether in person or in social media. Not to just individuals but to whole groups of folks. No to dehumanizing language. 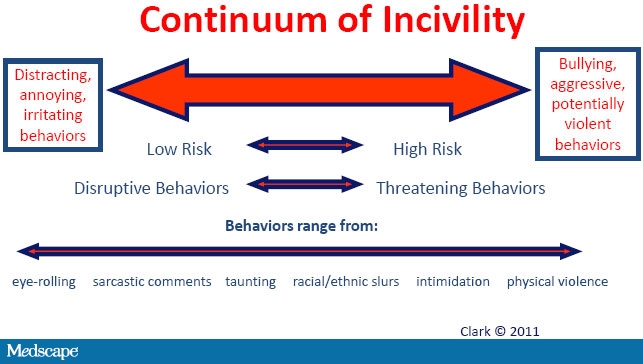 While I am concerned that we are having a breakdown on talking to one another across broad difference, my hope is not that we should talk to everyone who disagrees with us. Some people can be engaged and if we’re going to live together as a country we need more of that. But if someone is abusive or threatening, for our self protection, we are not obligated to relate to them in any way.

Civil disobedience is not uncivil. Churches providing sanctuary for the undocumented may be breaking the law but they are protecting people, their lives and well being. There may be times where violating the law is what the good requires.

It’s when our anger at injustice spills over into our anger with other people such that they are harmed, harassed or experience violence as a result, that civility has broken down. And given the stakes today the possibilities that this will occur continues to increase.

It will take some reflective thought on what norms we plan to be governed by. And if the other side fails to abide by such norms, I have no power over that. I only have power over the norms I plan to live by. But it is a conversation that is needed. That shouldn’t prevent us from standing up for our values. But it should prevent us from harming others. It could even be an expression of care and love.

To quote P.M Forni “civility is the shape that care takes.”